Corporate Governance remains a key area of focus for PBS Group and is central to the Company’s strategic objectives. The principles and the structure of our policy ensure the highest standards of transparency, oversight, and independence, to serve the best interest of all our stakeholders. The policy is consistent with best practices and adheres to the relevant legal and regulatory framework.

Our Corporate Governance Charter was established in December 2010. 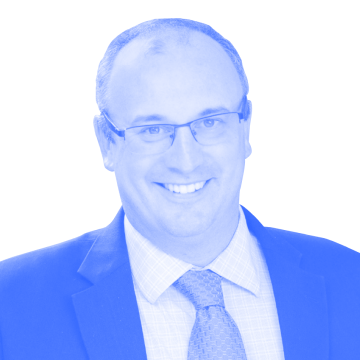 Mr. P. B. Scott is the Chairman, Chief Executive Officer (CEO) and principal shareholder of the Musson Group. He joined the group in 1994 and became CEO in 2004. In 2009 he was appointed Chairman of the Board. He is responsible for the strategic direction, performance and overall operations of the Musson Group and all its subsidiaries, including Facey Group Limited, PBS Group, Seprod, T. Geddes Grant Distributors Ltd., and General Accident Insurance Company Ltd. among others. In addition to his responsibilities at Musson, he serves on several public boards and commisions. He is a Trustee of the American International School of Jamaica. Currently he is Chairman of the Development Bank of Jamaica (DBJ). 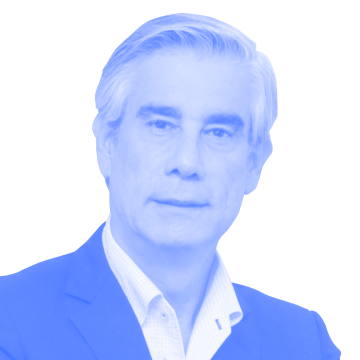 Mr. Pedro M. París has been with PBS since 2003, He has held several management positions, in 2006 he was named COO for Central America. Mr. París was appointed CEO at the end of 2009. He is responsible for the vision, strategy and execution of the day-to-day operations. He is a member of the Board of Directors, Governance and Executive Committees. Mr. París worked 18 years for IBM-GBM (an IBM alliance), where he held several senior management positions across the business. Mr. París studied Business Administration at the Universidad Autónoma Centroamérica, Costa Rica. 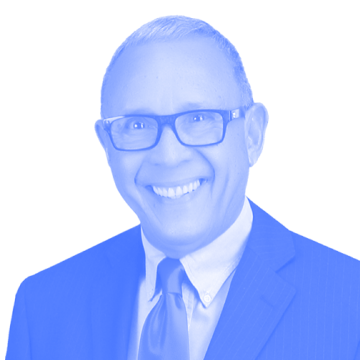 Mr. Patrick A. W. Scott is the Chairman and Chief Executive Officer of Facey Commodity Company Limited and the Executive Deputy Chairman of the Facey Group. Prior to these appointments, he served 16 years as Managing Director. A seasoned executive, Mr. Scott has worked for a combined total of 40 years in various roles and was key figure in the global development of Facey’s Telecom business. He currently serves the board of directos of several companies including, P.A. Benjamin, Serge Island Diaries, International Biscuits and Serge Island Farms. Attended Seneca College and Ryerson University in Toronto, Canada. 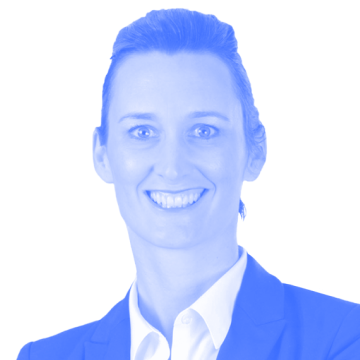 Mrs. Melanie Subratie is Chairman and CEO of Stanley Motta Ltd., Vice-Chairman of Musson (Ja) Ltd. and Director of all its subsidiaries, Vice-Chairman of General Accident Insurance Company Ltd., Eppley Ltd, and T Geddes Grant Ltd. Chairman of E-Pins Ltd.and sits on the executive of Seprod group of Companies and all its subsidiary boards. Chairman of Seprod Foundation, Musson Foundation, Chairperson of Jamaica Girls Coding and Chairman of Jamaica RISE Life Management and other CSR organizations. She is also Fourth Vice-President of the Jamaica Chamber of Commerce, and is the current Chair of the Legislation, Regulation and Improvement Committee. She is a honored graduate of London School of Economics. 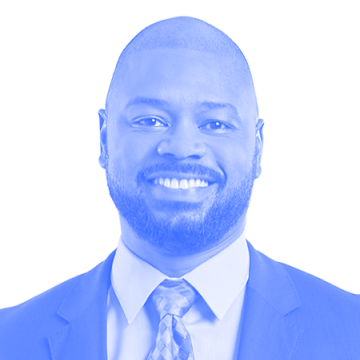 Mr. Hutchinson currently works with Portland Private Equity (“PPE”) as Vice President – Investments, with responsibility for leading investment transactions throughout the region. He has more than 13 years of experience in the regional finance industry working with several top financial institutions. Prior to joining PPE, Richard held the role of Associate Director – Investment Banking with a leading regional commercial bank. He holds a Master of Science degree in Economics from the University of the West Indies and is a CFA Charter holder. 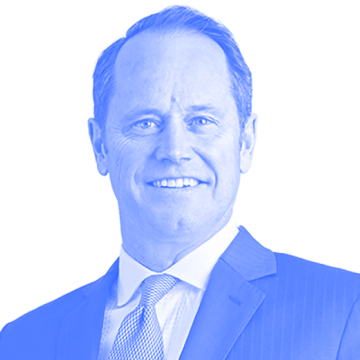 Mr. Hewson is a Managing Partner of Portland Private Equity where he is a member of the Investment Committee, active in transactions, and has primary responsibility for investor relations. He has been the lead partner for investments in InterEnergy Holdings Inc., IEH Panama, and Grupo IGA, serving on the board of directors of each company and on the related board committees. He is also on the board of Merqueo S.A.S., and is Chairman of Portland JSX Limited, a publicly listed company on the Jamaican stock exchange. 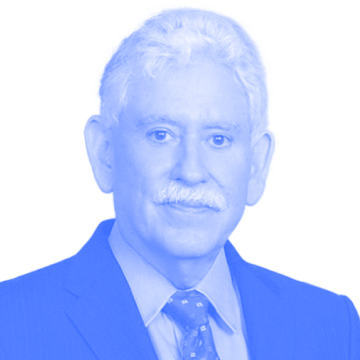 Mr. Misrahi is a director of several companies within the Facey Group. Prior to joining Facey in 2006, he was Managing Director of a boutique Investment Bank from 2003 to 2006. He served as Vice President, Finance for the Cisneros group of companies from 1992 to 2002, a multinational with concentration in Media holdings. He has also held other board positions outside of Facey. He is member of the Executive, Audit, and the Governance Management Committees. Mr. Misrahi is a CPA and holds a Bachelor of Science Degree in Accounting from the University of Miami. 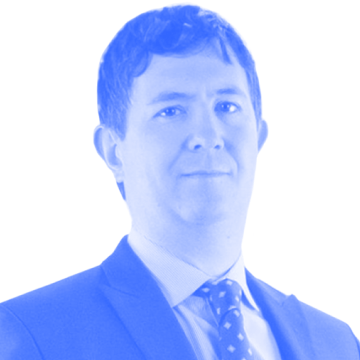 Mr. Agnew is an entrepreneur specializing in building content marketing, marketing technology and information services businesses. He founded Brafton Inc. and a group of subsidiary companies that are North America and Australia’s leading content marketing entities. Brafton Inc. has been listed among the 5,000 fastest growing private companies four years in row. He co-founded DeHavilland Information Services and Axonn Ltd in the UK. Originally from the UK, he moved to the U.S.A. in 2008. Mr. Agnew holds a degree in Politics from the University of Newcastle, UK. 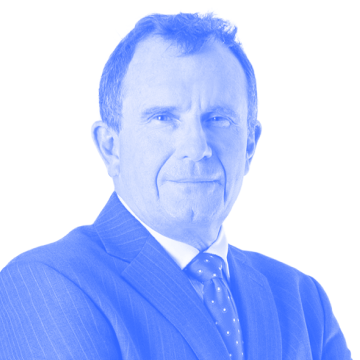 Mr. Ince is a Senior Partner/Co-Founder of Frontlight Ventures, a regional investment and consulting firm. He was Co-Founder and Managing Director of Prism Services, a regional payments and operations outsourcing company. He is a Non-Executive Republic Bank Ltd., Cave Shepherd, Foster & Ince Cruise Services and the Barbados Sugar Industry Ltd. He is a graduate of York University, Canada and is a National Barbados Aubrey Collymore Scholarship recipient for sciences. 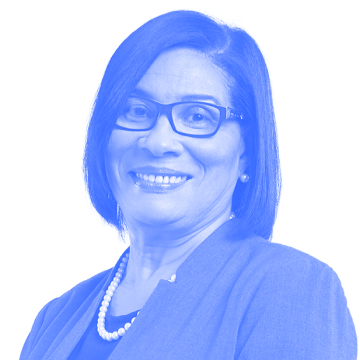 Mrs. Blondell Walker has been part of the Musson Group of Companies for over 20 years and is currently the ICT Director, a position she has held since 2000. She is also on the Board for T. Geddes Grant (Distributors) Limited and Musson Jamaica Limited. She was instrumental in the implementation of the Enterprise Resource Program (ERP) application across the Musson Group of Companies. Mrs. Walker studied Accounting and Systems Analysis at the University of the West Indies, Institute of Management and the Heriot Watt University of Edinburgh, Scotland. She is the Chairman for the Western United Basic School. 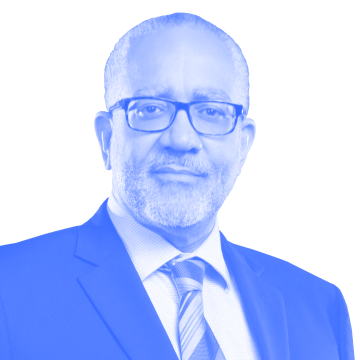 Mr. Brian Wynter has been incorporated to the PBS Group Limited Board of Directors. Mr. Wynter has an extensive career in the financial sector, serving as Governor of the Bank of Jamaica until August 2019. The motion was presented to the Board of Directors, which was accepted, and in this way, Brian Wynter was duly appointed to the board of directors of PBS Group Limited. An honors graduated from the School of Economy of London in 1981, and specialized in International Economy form Columbia University in 1985.